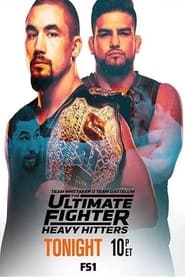 Tryouts were announced on April 25, 2018. This season will feature women’s featherweights and men’s heavyweights divisions, would make the first appearance to be featured in The Ultimate Fighter show since its first launch in 2005. The coaches for this season were announced on July 7, pitting The Ultimate Fighter: The Smashes winner and UFC Middleweight Champion Robert Whittaker against The Ultimate Fighter 17 winner Kelvin Gastelum. A middleweight title fight was scheduled between Whittaker and Gastelum after TUF 28 on February 9 at UFC 234. However, Whittaker pulled out of the event a few hours beforehand after he was forced to undergo emergency dual surgery immediately, due to an abdominal hernia of the intestine and a twisted and collapsed bowel. The pairing eventually met 2 years later after Gastelum took a short notice fight after Robert Whittaker original opponent, Paulo costa pulled out. UFC on ESPN: Whittaker vs. Gastelum. The cast was announced on July 11, 2018.