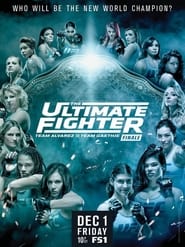 Tryouts were announced on May 3, scheduled for 20 days later. This season will exclusively feature the women’s flyweight division, with the goal of crowning the UFC’s inaugural 125-pound champion in the season’s finale. All women who were currently on the UFC roster were allowed to submit their names for the tournament, as were females unsigned by the UFC.

The news came just months after UFC president Dana White told reporters in Las Vegas that the UFC had no plans to institute any further women’s divisions in 2017 other than women’s featherweight. It also canceled plans the UFC previously had to hold a TUF 26 casting call for women’s strawweight, women’s bantamweight, and men’s middleweight.