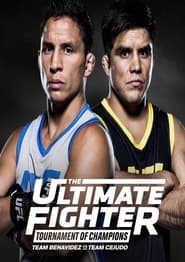 On May 11, 2016 the UFC announced that the 16 competitors for the season would be made up of flyweight fighters from various locations who are champions in their respective organizations around the world, with the winner being expected to have a chance to fight for the UFC Flyweight Championship. The cast was announced on July 20.

The coaches for the season were former flyweight title challengers Joseph Benavidez and Henry Cejudo.