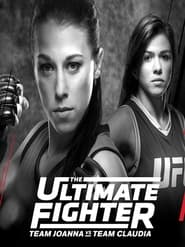 On January 17, 2016, during the live broadcast of UFC Fight Night 81, it was announced that the coaches for the season would be Joanna Jędrzejczyk and Cláudia Gadelha. The coaches faced one another in a UFC Women’s Straw weight Championship bout at the conclusion of the season.

The UFC held open tryouts for the show on December 14, 2015. The casting call was for light heavyweight, women’s bantamweight and women’s straw weight fighters who were at least 21 years old and had a minimum of two wins in three professional fights.[3] Subsequently, it was announced that eight light heavyweight and eight women’s straw weight competitors would compete on the show. The cast was revealed on April 6, 2016.