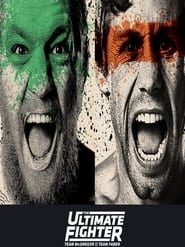 On July 12, 2015 it was announced that the coaches for the season would be Conor McGregor and Urijah Faber. The coaches were not expected to face each other at the end of the season.

The UFC held open tryouts for the show on March 29, 2015. The casting call was for Lightweight fighters who are at least 21 years old and have a minimum of two wins in three professional fights. It was announced on July 12 by Dana White that 16 lightweights would be on the show – eight from the United States, and eight from Europe. In August 2015, the UFC officially announced the cast of this season, featuring 32 fighters competing in qualifying fights to enter the show