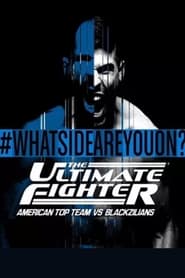 The series was officially announced by the UFC on February 28, 2015. For the first time ever, the UFC reality series featured a format pitting two of the sport’s top gyms – American Top Team and the Blackzilians – against one another. The season was filmed in South Florida, where the two camps sit just miles apart, and the competitors were welterweights from each facility. An amount of $500,000 was earned throughout the season based on wins and losses for the winning gym.

Dan Lambert heads the ATT team, and rival Glenn Robinson heads the Blackzilians club. The series prominently features the rivalry between the two camps, which developed in 2011 after a band of ATT fighters defected and started their own camp with Robinson, who is the gym’s owner but not their head coach. The two gyms are located just 20 minutes apart. The teams were made up of eight up-and-coming welterweights from each gym. The 16 men shared a house in the Miami/Fort Lauderdale area but instead of training amongst each other, the athletes still worked with their coaches at their respective gyms. The actual fights took place at American Top Team in Coconut Creek and the Blackzilians’ Jaco Hybrid Training Center in Boca Raton. The winning fighter earned home gym control for his team for the next bout. Opponents were not revealed until weigh-ins for the first time.