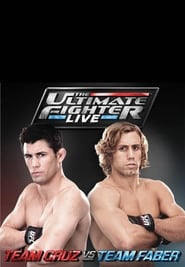 The Ultimate Fighter: Live was the fifteenth installment of the Ultimate Fighting Championship-produced reality television series The Ultimate Fighter. This season marked the show’s debut on the FX network, the debut of Jon Anik as the show’s host, and featured Lightweight fighters. As part of the deal with FX, the show was revamped. Prior seasons of the show were filmed in six weeks, edited and aired several months after filming was completed. This season the show was being filmed over thirteen weeks and was being edited “the week of” before being broadcast. In addition this season was the first to feature live fights. The UFC and FX held open tryouts on December 5, 2011, in Las Vegas, Nevada. The casting call went out for Lightweight and Welterweight fighters. Some of the fighters that showed up for the tryouts included UFC veteran Jamie Yager, WEC veteran Blas Avena, and Bellator veterans Rudy Bears, Zak Cummings, and Jacob McClintock, and K-1 kickboxer Kultar Gill. On December 6, 2011, it was announced that the coaches for the season would be Dominick Cruz and Urijah Faber. They were set to fight for the title, until Cruz’s injury on May 7, 2012. The show debuted on March 9, 2012.