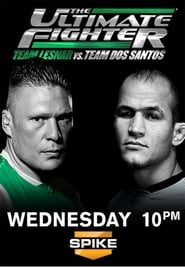 From San Diego, CA to New Orleans, LA, to Dusseldorf, Germany, the 14 fighters have all gathered in Las Vegas with one goal – to become the next “The Ultimate Fighter.” During the ten episode run of the show, under the tutelage of coaches Lesnar and dos Santos, the competitors endure a grueling regimen of jiu-jitsu, judo, Muay Thai, karate, boxing and wrestling. The intense competition among the fighters continues after they leave the gym – at the Ultimate Fighter House. These warriors must live together, knowing that any day they might be forced to fight each other in the famed UFC Octagon.