The seventh season of The Ultimate Fighter culminates with a three hour live broadcast on Spike TV! After the most shocking twist in The Ultimate Fighter history, see the finals of the middleweight tournament live. Plus, a feature bout between Kendall “Da Spyder” Grove and former middleweight champion Evan Tanner. Also on the card, fights featuring Diego Sanchez and Spencer Fisher. 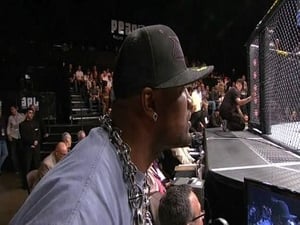