Season three of The Ultimate Fighter pits legendary rivals Ken Shamrock and Tito Ortiz against each other. As coaches, Tito and Ken train a new army of mixed martial artists from the U.S., Canada, and Great Britain. The fighters are evaluated, teams are selected, and two middleweights clash in the Octagon for a chance at becoming the next Ultimate Fighter. 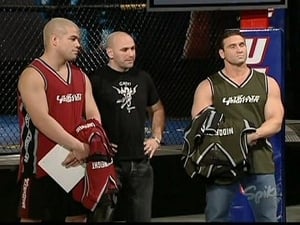