A fighter’s attitude ignites a blowup at the house, causing a major rift in Team Sonnen; while the fighters battle it out in a night of bowling, Jon and Chael raise the stakes in a game of their own; two fighters meet in the fifth preliminary fight. 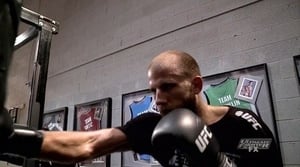