Dog With No Bark

Friday: It was discussed that Chris Tickle was drunk during the previous week’s fight. In the locker room, Tickle was laughing and making jokes about his just announced fight with Joe Proctor. Dominick Cruz gets upset with Tickle’s attitude and tells Tickle to keep his mouth shut for the next week. Saturday 10:30am: Mike Rio complains of pains in one of his knees and having difficulties moving it. Rio and Jeremy Larsen have a discussion about the lifetime of a mixed martial arts figher. 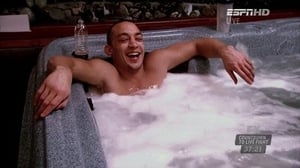