Team dos Santos was in high spirits after retaking control of matchmaking duties. Lew Polley believed that his team and the rest of the coaches were fighting as one, while Team Lesnar was not as well put together. Lesnar returned after leaving before the Len Bentley – Ryan McGillivray fight and congratulated Bentley on his efforts. Lesnar shows a commitment to getting wins from his four remaining fighters yet to compete: Charlie Rader, Tony Ferguson, Clay Harvison, and Chuck O’Neil. 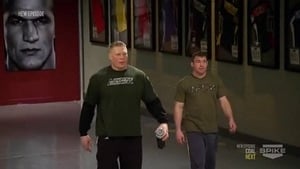