Brock Lesnar’s “making chicken salad out of chickens**t” comment confused his team, but he recovered by telling his fighters they became chicken salad once they had made it onto the show, and he also told them to stay motivated. Justin Edwards, a former Bellator fighter and 5-0 in his MMA career, arrived to replace Keon Caldwell on Team dos Santos. 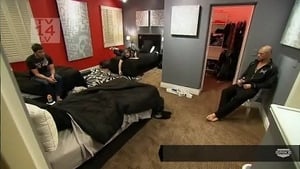