Tony Ferguson apologizes to his team about his actions but his team does not believe his apology was sincere. Brock Lesnar informs Dana White that he had to pull out of his bout with Junior dos Santos at UFC 131. Dana goes on to say that Lesnar would be replaced by Shane Carwin. 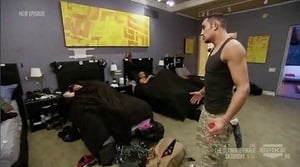